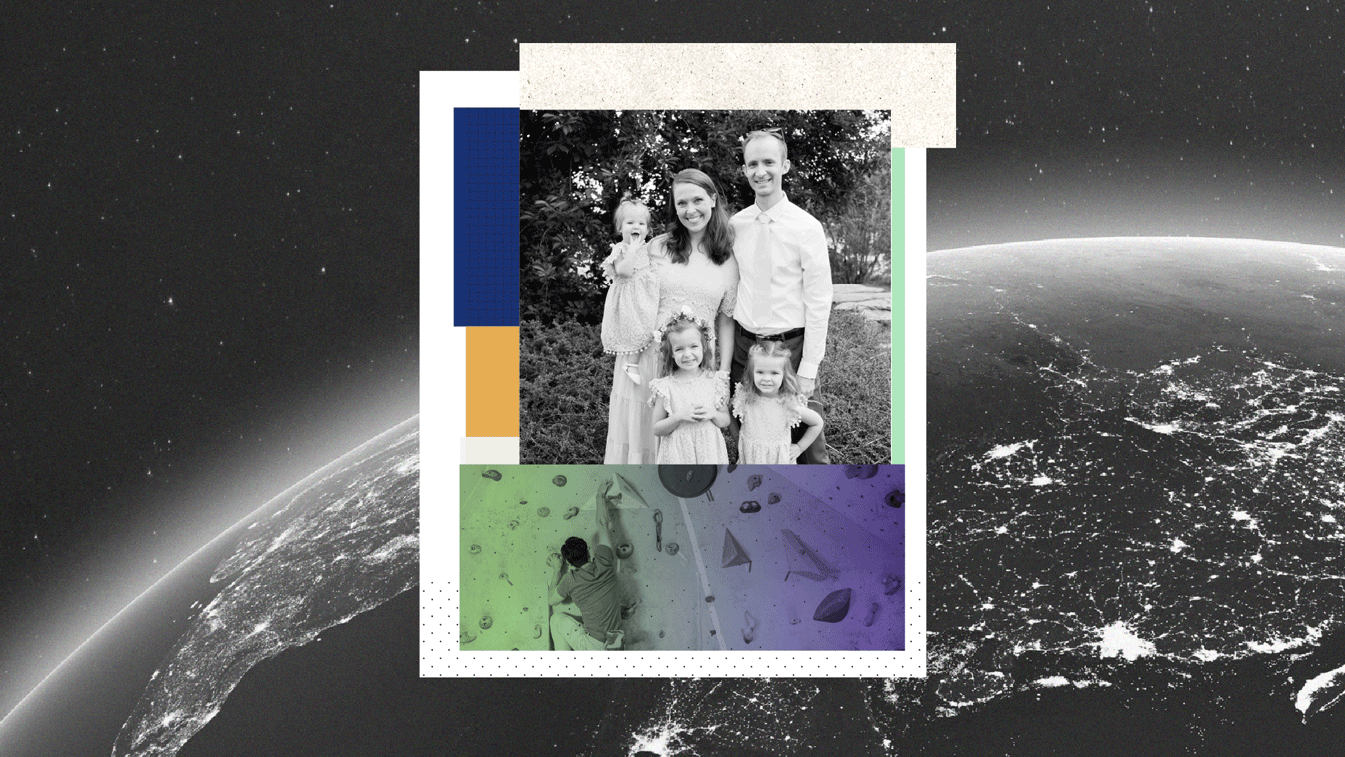 How does one go from hating their computer science class to becoming an engineer anyways? That's what one of our Senior Software Engineers, Samuel Poulton, did!

Samuel's first exposure to computer science came in the form of a high school C++ class. Despite hating the class, Samuel recognized a few things:

Those four facts pushed him to pursue computer engineering at Utah State. In college he finally had the computer science experience he was looking for: a supportive, passionate professor who took problem-solving to the next level by breaking down the problem and making the knowledge super accessible. You know, we should send that professor a gift basket for creating the Samuel that we have on our team today.

From a space job to a space-themed job

While at Utah State, Samuel got a student position at Space Dynamics Laboratory as a Web Developer. By building web apps in jQuery and TCL on the back end, it was here that he brought his skills from the classroom into real life.

After graduation, he was quickly snatched up by a company called MasterControl and became the third engineer to join their team. In this role, Samuel was involved in building a brand new product, bringing it to life, and watching it go from zero to being adopted by their first customer. In his two years at this company, he became the team lead for seven engineers and quickly realized the importance of team structure, experience level, and leadership.

A few roles later, Samuel ended up at JupiterOne thanks to our amazing recruiting team!

When life gives you a telescope, read the manual first

How you convey information is difficult when you're so used to writing code. There's room for interpretation, for example. There can be miscommunication. Sometimes, we may completely disregard what's being said to us.

That's why Samuel loves documentation so much. For him, clear, easy-to-follow documentation is key to a streamlined workflow - similar to how his Utah State professor broke complex issues down and made them easy to comprehend.

Although he's only been here for seven months, Samuel has hit the ground running. He quickly dove into learning J1QL, JupiterOne's own query language, GraphQL, and the GitHub API. One of Samuel's first projects came to light after discovering an extremely complex, buggy section of the code within an integration. Instead of this being a stressful situation, Samuel's problem solving skills kicked in, he resolved the issue to make the code more maintainable and bug-free. Best of all, he enjoyed doing it.

A man with a (candy) can(non)-do attitude

We asked Samuel what he would do if he no longer had to work for money, and his answer further proved what we know about him: he would love to help individuals take their ideas to a prototype level. His passion for critical thinking and hard work shine through, even in this hypothetical scenario.

But Samuel is also so much more than that! In addition to wanting to master rock climbing and bouldering, which he feels is just like programming, Samuel's family is his life. He and his wife work hard to exemplify what a healthy, happy marriage looks like for his three daughters, who are all under the age of six.

Being a dad means bringing out your inner child each and every day. After work, you can find Samuel jumping on the trampoline, playing outside, or riding bikes with his children. He is actively in the process of building a three-foot-tall candy cannon just for them. We're not even going to pretend like we're not jealous. Because we are. Where is our candy cannon?

Don't put all your pigeons in one basket

But Samuel's answer was so authentically true to who he is - analytical, yet considerate. After thinking for a while and assessing all possible scenarios, he said:

"I think would ideally devise some kind of bag system to carry the pigeons. But, to be humane, I would carry just one pigeon and rest it on my finger so it doesn't poop on me."

So, Samuel, we hope you, your pigeon friend, and your family can turn on some Jack Johnson, blast some candy through the air, and remember to never put all your pigeons in one basket.

…unless, of course, they all fit.