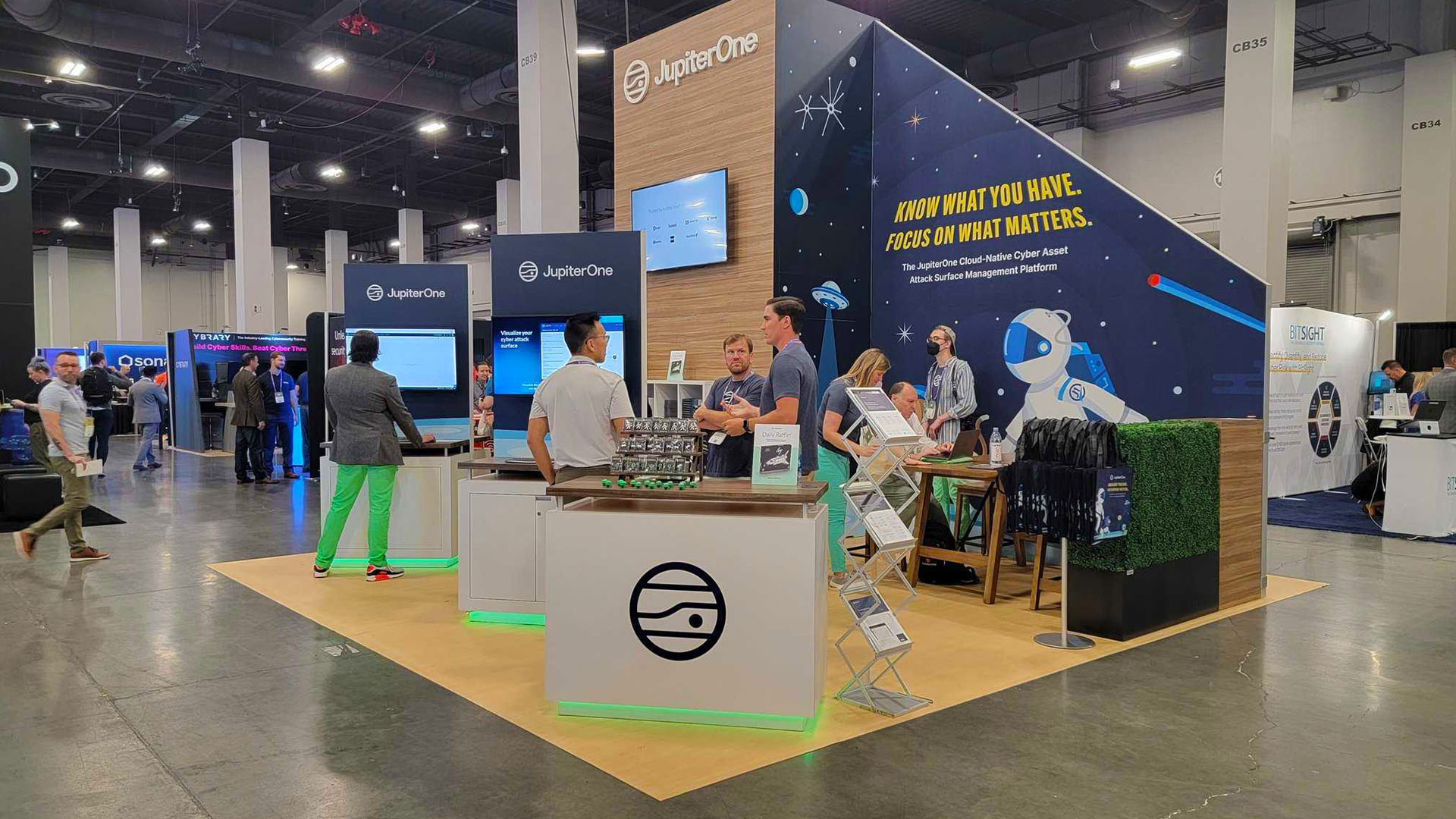 JupiterOne was in incubation mode the last time everyone gathered in the sweltering heat of Vegas for #hackersummercamp, so here’s a recap of our experience!

The Business Hall at Black Hat was sufficiently chaotic in a way that doesn’t really compare to RSA, but we showed up as we normally do - in style with our green pants!

JupiterOne Solutions Architect George Tang spoke at the Intel’s theater on “Lists vs. Graphs: Looking Beneath the Attack Surface.”

Additionally, at the Sysdig booth, JupiterOne CEO Erkang Zheng, along with Growth and Strategy Executive Didi Dayton, presented on the added visibility for cloud security posture management provided by the latest integration between Sysdig and JupiterOne.

Judging from various swag haul reviews, our pins were also a hit!

The party at Level Up was a blast. Games, swag, drinks and good company made for a memorable night at the Skyfall Lounge!

If there was one session that was the biggest brain dump of all time, it was the keynote by Christofer Hoff affectionately titled “Fragilience - The quantum state of survivable resilience in a world of fragile indifference”. If the title wasn’t enough of a tell, it was buzzword bingo with a whole encyclopedia of information layered in. The man basically slammed 3-4 presentations into one, and if you blinked, you missed your opportunity to snap a pic of a slide to take with you. Sadly, the livestream wasn’t working during his talk, but he made his slides available.

Some may say information overload. Others may call it wealth of information. Either way, soak in the info at your own pace!

Having attended hacker summer camp for the past decade, JupiterOne Field Security Director Jasmine Henry participated at the Diana Initiative, stating it felt like "a very safe, inspiring, and supportive zone for individuals from all manner of underrepresented backgrounds plus allies." As a speaker at this year’s conference and a previous board member, “the conference (and the 501(c)(3) non-profit behind the conference) are among the most meaningful things I am involved in, and making significant inroads toward their goal of ‘creating a more inclusive information security industry.’”

Jasmine’s talk titled “372 Million Data Points and a Few Strong Opinions on the State of Attack Surfaces” covered the state of asset inventories and attack surface management at contemporary organizations and what it means for security teams, particularly blue teamers, security leaders, and cloud engineers. You can watch her presentation here.

The Diana Initiative also held a virtual event on July 16 where Jasmine and a few other folks participated in a panel in the Career Village to talk about breaking into cybersecurity. Watch the panel here.

All in all, this was a solid experience for JupiterOne in Vegas, reconnecting with old friends and making new ones along the way.

Can’t say we were upset about missing the flood though.

Stay healthy and safe out there! We look forward to seeing you at hacker summer camp in 2023!

I binge on noodles and do marketing things.

To hear more from Ashleigh, get our newsletter. No spam, just the good stuff once or twice a month. Sign up below.